The Mystic Marriage of Saint Catherine 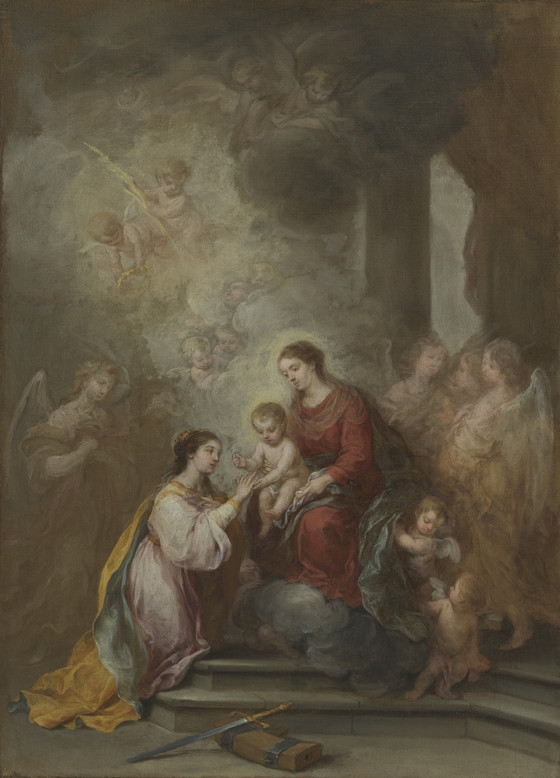 The Mystic Marriage of Saint Catherine

(1) Glendinning and Macartney 2010, p. 46, identifies him as Guillermo Tirry (aka Terry; 1726–1763), 3rd marqués de la Cañada, noting that Richard Twiss had seen the painting with him during his travels in Portugal and Spain in 1772 and 1773. By that time, however, Guillermo Tirry was dead. The paint-ing was probably then the property of his son José Tirry, 4th marqués de la Cañada (d. 1824), who inherited the title in 1779.

(4) According to Burton Fredericksen, former director, Getty Provenance Index (letter dated 27 January 1992 to Philip Conisbee, Murillo object file, Department of European Painting and Sculpture, LACMA), “Davies imported a number of Spanish paintings into England around 1812. This group, which included some works by Murillo, was put up for auction with Robins on 20 April 1812. (Davies’ name does not appear on the catalogue, but lots 12–47 at least are certainly his.) The results are not known, but evidently most were bought in since they reappeared at Christie’s on 26 April 1817. At the latter sale they were consigned by ‘Major Davis’ who is presumably the same person.” Major Davies was actually the son of Captain Davies.